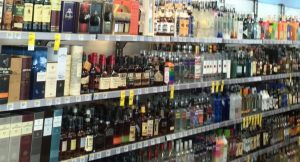 TAYLOR — A pair of liquor thieves made off with seven bottles of booze, valued at $150, the night of June 2 from the Walgreens Pharmacy at 22525 Wick Road.

When the pair left the store without paying for the liquor, they ran east to a nearby credit union, and left in a black sedan.