The Ambassador Theatre Group hosted an open house at the Fisher Theater Oct. 14 to celebrate both the return to live theater following the 19-month shutdown and to celebrate the Nederlander legacy.

Executive Director Alan Lichtenstein, who started working at the Fisher Theater in 1981, said the Fisher Brothers and the Nederlander family could never have imagined the COVID-19 shutdown.

“The lights dimmed, the doors closed and the music stopped, but like this city, our spirit never ceased,” he said. “Although our stages were quiet, our Broadway in Detroit team kept dreaming, and, like the words of “Rent’s,” “Seasons of Love,” we spent many daylights, sunsets, midnights and cups of coffee working out the details of our upcoming season.”

The Fisher Theater began bringing live Broadway shows to Detroit in October 1961 under the management of the Nederlander Theater Corp., after a nine-month remodel.

Lichtenstein said that, like the theater’s reopening 60 years ago, the return to live Broadway shows is a bright spot in the theater’s history.

“A grandmother will bring her grandchildren to their first show, a family will sing their way home in the car, and a future Tony Award-winner will feel their first spark of inspiration, right here at the Fisher,” he said.

Jamie Budgett, general manager of the Fisher Theater for the Ambassador Theatre Group, said it is a challenge to bring new generations to the theater when they get much of their entertainment from streaming services.

“From my experience, there is nothing like live entertainment, and there is always going to be a place for it,” he said. “You just have to see a theater full of 2,000 people, and you understand that that experience is unique.”

Scott Myers, marketing director for Broadway in Detroit, said they were so excited to be opening their doors to the public again. 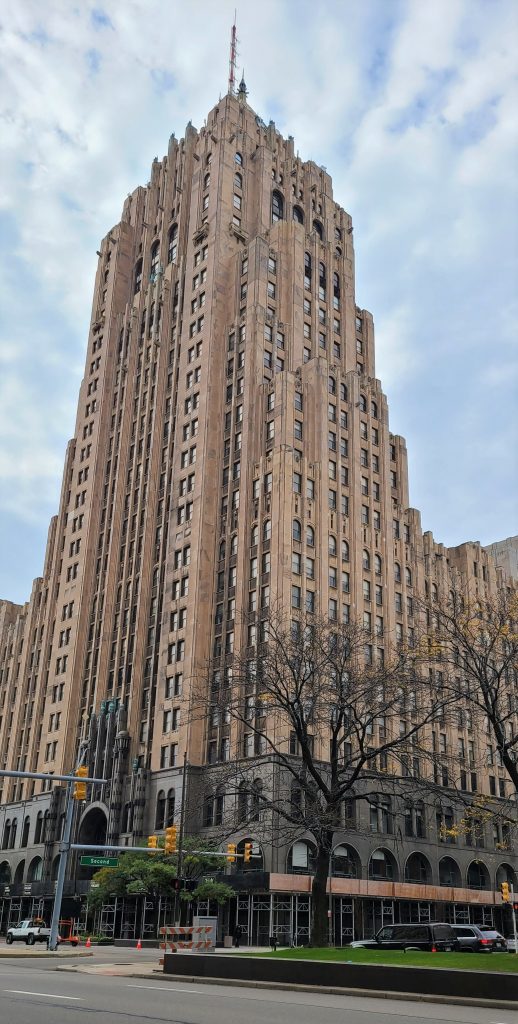 The theater opened Nov. 28, 1928 as a movie and vaudeville house, designed by Albert Kahn. When it was remodeled by the Nederlanders in 1961, the original 3,500 seats were reduced to 2,089, which improved the sightlines and the atmosphere.

When the theater reopened, it broke records by selling 23,000 season subscriptions.

The theater also hosted some impressive world premieres, before they made their way to Broadway, including “Hello, Dolly” with Carol Channing, “Fiddler on the Roof” with Zero Mostel, “Sweet Charity” with Gwen Verdon, “Golden Boy” with Sammy Davis, Jr., “Applause” with Lauren Bacall and “The Wiz” with Stephanie Mills.

For more information, go to BroadwayInDetroit.com.