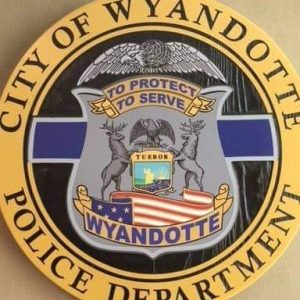 WYANDOTTE — A 24-year-old Lincoln Park man was arrested for operating while intoxicated at 2:21 a.m. Nov. 17 near Fort Street and Eureka Road after squealing his tires during a right turn at a red light while accelerating.

As a police officer followed the vehicle east on Eureka, the man was driving 90 mph in the center turn lane in a 40 mph zone.

A traffic stop was initiated, and the man, who smelled of intoxicants, said he was driving fast because he needed to get home to use the bathroom.

He failed multiple field sobriety tests. A preliminary breath test was administered, and the man had a blood-alcohol content of 0.175, more than twice the 0.08 limit for legally drunk in Michigan.

His vehicle was searched, and a loaded 9-millimeter pistol was found in the glove box, something the man had failed to disclosed earlier. The man said he had a concealed pistol license for the weapon.

His vehicle was then impounded and towed, and he was taken to the Wyandotte police station for booking, where he was held.