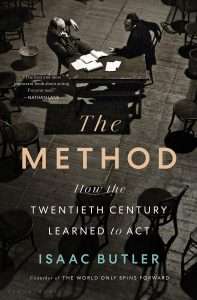 DEARBORN – The Dearborn Public Library will host acclaimed teacher, critic and theater director Isaac Butler for a virtual discussion on Zoom regarding his new book “The Method: How the Twentieth Century Learned How to Act” at 6:30 p.m. March 10.

How do actors draw from their bodies and minds to turn their selves into art? What is the craft of being an authentic fake? More than a century ago, amid Tsarist Russia’s crushing repression, the great actor and director Konstantin Stanislavski pondered these very questions.

In answering them, he created the first systemized approach to psychology and emotion in acting. How his “system” remade itself into the Method and forever transformed American theater and film is an unlikely saga that has never before been fully told.

“The Method” is the first cultural history of method acting from Butler, the co-author of “The World Only Spins Forward.” By looking beyond the Method’s reputation as some “goofy hocus-pocus” that self-important actors get up in order to cry on cue, “The Method” chronicles how a revolution in acting theory transformed theater, film and American popular culture.

In this century-spinning account of creative discovery and the birth of classic Hollywood, Butler traces the method as a revolutionary art movement to its current cultural dominance.

To receive the Zoom link, register at dearbornlibrary.org in the events calendar, or call 313-943-2330.