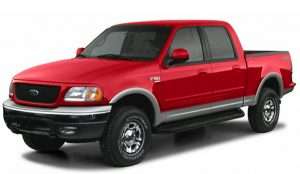 MELVINDALE — A red 2003 Ford F-150 pickup which was reported stolen out of Detroit was found abandoned Feb. 28 in the 17600 block of Robert Street.

The vehicle, which had a flat tire and was left near the center of the street, was filled with clothes and debris, as well as new and used syringes, which were collected and placed in a biohazard container before it was towed to the impound yard.