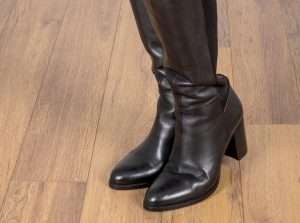 DEARBORN — Police responded three times after midnight on Feb. 4 to a duplex in the 5200 block of Argyle Street, where the family in the lower flat said the woman in the upper flat was deliberately keeping them awake with her stomping.

The complainant said the upper resident is being evicted in a couple of weeks, and blames them for that action.

The upper floor renter, who was inebriated, said she works midnights and tries to sleep during the day, but is constantly disturbed by the family in the first-floor unit.

The lower floor tenants were told by the responding police officers that they did not witness a disturbance, so they had nothing actionable with which to issue any citation, but to call them if the woman came downstairs to confront them.