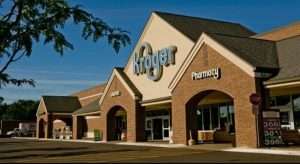 TAYLOR — A 64-year-old Taylor man who was relieved of his wallet Feb. 20 at Kroger, 7000 Monroe Blvd., had it returned to him after it had been emptied of $500 cash and ditched by the thief.

The victim was paged to report to the service desk, where he learned that an employee saw a woman “drop” the wallet among some canned foods. When the employee tried to return the wallet to the woman, she denied it was her property.

The employee then took the wallet to the service desk, where the victim’s identification allowed them to page him.

Store personnel said they would review surveillance footage to learn more about the wallet heist.