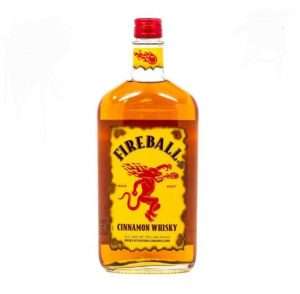 ALLEN PARK — A police officer who responded to reports of a late-night driver without headlights on, cruising up and down the 15000 block of Regina Avenue the night of Feb. 3, found a man parked in a blue Ford Focus, who, upon being spotlighted, offered a familiar digital salute.

After initially ignoring the officer’s commands, the man rolled down his car window, revealing a half-full bottle of Fireball whiskey on the passenger seat, and an open can of Budweiser beer in the driver’s cupholder.

The man, whose eyes were glassy and bloodshot, and whose speech was slurred, smelled strongly of intoxicants.

He said he was waiting for his girlfriend, and admitted to drinking alcohol. He then exited the car, and failed multiple field sobriety tests.

A preliminary breath test was administered, and the man had a blood-alcohol content of 0.13, more than one-and-a-half times the 0.08 limit for legally drunk in Michigan.

He was then arrested for operating while impaired and for having open intoxicants in a motor vehicle, and was taken to the police station, where he was booked and held, and his vehicle was impounded and towed.