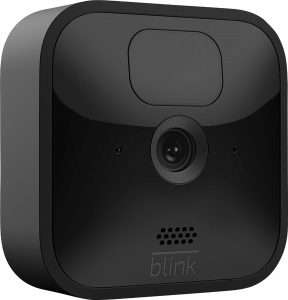 DEARBORN — A surveillance camera may have deterred a stranger casing the exterior of a residence at 2:26 p.m. March 2, in the 6000 block of Horger Street, while the occupants were at work.

The resident showed Blink Camera System footage to police officers, which showed a man backing a white Ford Fusion with a Mackinac Bridge Michigan license plate into the driveway, then getting out of his vehicle and approaching the front of the residence, before returning to his vehicle and leaving. The footage was forwarded to the police detective bureau.

The man had a beard and a mustache, and was wearing a blue jacket, a hoodie, a red shirt and gray pants.