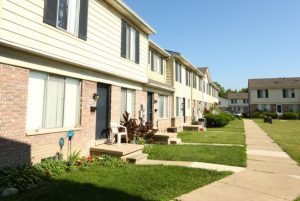 TAYLOR — An apartment exterior door was reported damaged Feb. 20 at Heritage Glen Townhouses, in what was likely an unsuccessful break-in attempt.

The door’s window frame was broken at a bottom corner, with a pry mark visible, and the exterior doorknob was broken, with parts of it missing.

There were no footprints in the nearby snow, but the victim said the back door is seldom used, so the damage could have occurred days earlier. There were no suspects.