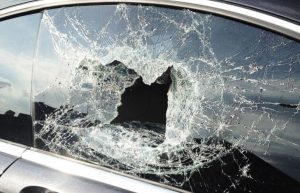 RIVERVIEW — The rear driver’s side window of Dodge Charger was shattered March 9 while it was parked on Colvin Street near Quarry Road.

There was broken glass around the vehicle, but no item was found which could have been used to break the window. The vehicle was locked at the time the window was shattered.

The victim said she did not have security cameras, but her neighbor has a Ring Doorbell camera which might have captured footage of the vandal.