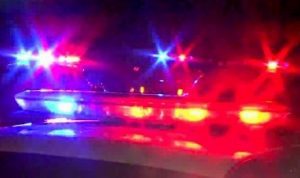 RIVERVIEW — A Brownstown Township man who was speeding on eastbound Sibley Road near Ferndale Cemetery at 2:31 a.m. March 7 was arrested for drunken driving while he was returning home from a bar in Southgate.

The man, who was driving 51 mph in a 35 mph zone, smelled of intoxicants, and his speech was slow and slurred.

He failed multiple standard field sobriety tests, and was unable to recite the alphabet correctly or count backwards. He was also unsteady on his feet and had poor balance.

A preliminary breath test was administered, and the man had a blood-alcohol content of 0.18, more than twice the 0.08 limit for legally drunk in Michigan.

He was arrested and taken to the police station, where he was booked and held, and his vehicle was impounded and towed.