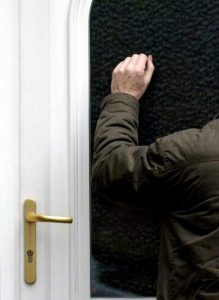 WYANDOTTE — A 22-year-old Brownstown Township man, who was heavily intoxicated, was arrested for disorderly conduct the night of March 13 after he started pounding on the side door of a house in the 2000 block of 19th Street, which he mistakenly thought was his residence.

Police officers arrested the man after he tried to flee running barefoot down a nearby alley.