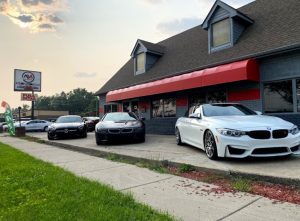 HEIGHTS — A Flint man who defrauded multiple car dealerships across the state, including one in Dearborn Heights, is in custody awaiting trial for identity theft and bank fraud.

Automania in Dearborn Heights was victimized Jan. 10, 2020, when it sold a 2018 Dodge Charger to the accused, Eddie E. Hendrickson of Flint, for $36,469, which he financed using a stolen Social Security number.

He confessed the scheme to a Genesee County Sheriff’s lieutenant and a Secret Service special agent, and remains in custody while being tried in a U.S. District Court.