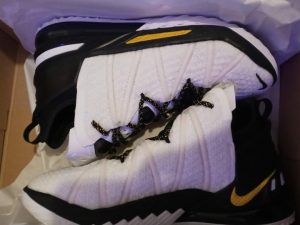 MELVINDALE — A pair of $200 Nike shoes were stolen from the bag of a boy who was playing basketball March 15 at Allendale Elementary School.

The victim’s grandparent, who said the boy paid for the shoes himself, is asking that the shoes be returned to either Strong Middle School or Allendale Elementary School office.

It was noted that officials at Allendale Middle School would be reviewing surveillance camera footage to see if they can identify the thief.