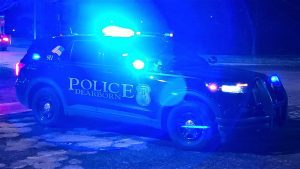 DEARBORN — Two separate drivers, who were pulled over for careless driving due to speeding, were found to have children in their vehicles.

On the night of March 7, on westbound Ford Road, between Auto Club Drive and Evergreen Road, a vehicle was seen weaving between lanes of traffic and driving 80 mph in a 50 mph zone. When the driver was pulled over, it was discovered that there were three children in the vehicle.

On the night of March 11, on northbound Telegraph Road near Wilson Avenue, a speeding motorist who was weaving in and out of traffic was found to have two young children in the car after a traffic stop was initiated.