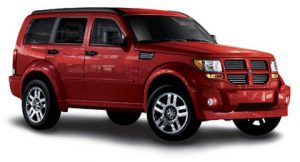 RIVERVIEW — A 2007 red Dodge Nitro was vandalized March 3, with a profane message written on the vehicle, attesting to the driver’s profound character flaws, which the vandal associated with parking in more than one space in the apartment complex lot in the 19000 block of Fort Street.

The man was able to wash the marker message off his car. However, nearly a week later, on March 9, he noticed his license plate was missing from his vehicle.

The victim did not know if the same person committed both acts, or if they were unrelated. There were no suspects.