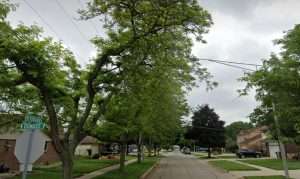 RIVERVIEW — A 22-year-old Riverview man who left the scene of an early morning property damage accident March 19 in Riverview was later arrested in Southgate for drunken driving.

A DTE light post was struck in the 17000 block of Devonshire Street in Riverview, likely as someone was making a wide turn from Dundee Street. A blue headlight housing was found next to the damaged light pole.

Riverview firefighters helped move the downed light pole out of the street and onto the easement.

At a Meijer gas station in Southgate, a vehicle with damage consistent with hitting a light post was observed, and upon arrival, the Riverview police officer found the headlight housing to be a match.

The officer issued a citation for leaving the scene of a property damage accident, while a Southgate police officer arrested the driver for operating while impaired.