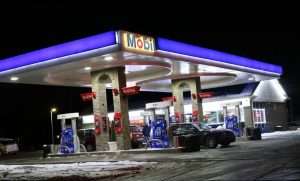 DEARBORN — A 33-year-old Detroit man was banned from Mobil, 13551 W. Warren Ave., the night of March 20 after an employee said he was loitering on the premises.

The man consented to a search, and no contraband was found in his possession. He was told that if he returns to the business, he could be arrested. He was then given a courtesy ride to Schaefer Highway and Grand River Avenue in Detroit.