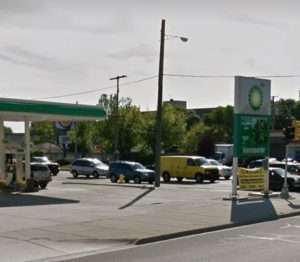 DEARBORN — A 47-year-old Brooklyn man was taken into custody for outstanding arrest warrants the afternoon of March 20 after he made a quick turn into BP, 8955 W. Warren Ave., without signaling.

A passenger of the vehicle exited and quickly left the area on foot, while the driver, who originally parked at a gas pump, moved his vehicle to a parking spot, then left the vehicle and started walking west toward Wyoming Avenue.

Police officers made contact with the driver, and a record check revealed multiple outstanding arrest warrants. He was handcuffed, searched and taken to the police station. No contraband was found on him or in his vehicle.

While he was being held, the man complained of chest pains, and was taken to Beaumont Hospital, Dearborn for treatment.