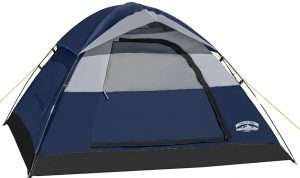 SOUTHGATE — Two brothers who were living in a tent near Northline Road and the southbound I-75 freeway, were told March 21 that they had 24 hours to clean up their mess and vacate the site.

They were told that their presence was in violation of city ordinances. The men said they would comply.