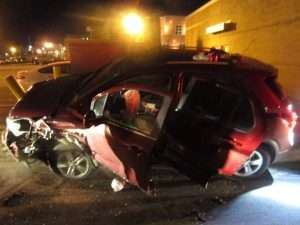 WYANDOTTE — A drunken 26-year-old Taylor man is expected to be arraigned soon on criminal charges after he slammed his vehicle into a police car that was trying to help apprehend him at 2:40 a.m. March 29 near Ford and Biddle avenues.

The man was seen driving 70 mph on eastbound Ford Avenue near 23rd Street by an officer who promptly called other units for assistance.

After the drunken driver collided with a responding police car, both vehicles were inoperable. The drunken driver resisted arrest, and showed heavy signs of intoxication. Both he and the police officer he hit were taken to Henry Ford Wyandotte Hospital where they were treated for non-life-threatening injuries and released.