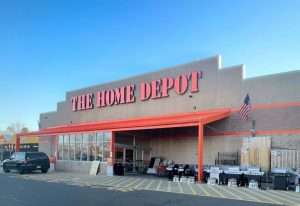 ALLEN PARK — A man who tried to shoplift tools from Home Depot, 3163 Fairlane Drive, by concealing them under his clothing the evening of March 24, fled the store after surrendering his ill-gotten goods and identifying himself, saying, “I have warrants” by way of an explanation.

The man indeed had several active arrest warrants: from Wyandotte for a traffic offense, Oakland County for child support, Wayne County for larceny from a vehicle, and Michigan State Police for a non-traffic related offense.

The items he attempted to shoplift, valued in excess of $200, included a Milwaukee M12 multi-tool, an oscillating multi-tool blade kit and a pack of Diablo 6-inch blades.

Officers searched the area, but were unable to locate the man. A citation was mailed to his address of record for second degree retail fraud.