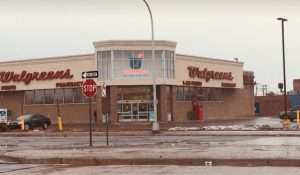 DEARBORN — A Detroit man who filled a rolling suitcase with nearly $200 worth of merchandise the night of April 1 at Walgreens, 15450 Michigan Ave., was arrested shortly afterward at a bus stop at Michigan Avenue and Firestone Street, where he had attempted to hide the stolen merchandise in nearby bushes while waiting for a bus.

He was taken to the Dearborn police station, where he was booked and held until he was released with a citation and court appearance information.