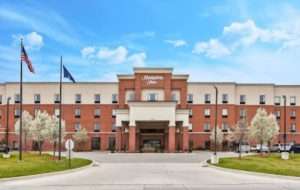 SOUTHGATE — The rear passenger side window was smashed and a touch screen display stolen from the dash of a 2022 Dodge Ram truck between 9 p.m. April 1 and 10:40 a.m. April 2 while it was parked in the lot at Hampton Inn, 13555 Prechter Drive.

The victim said nothing else was stolen from the vehicle, but it would cost about $1,300 to replace the touch screen and window.

No Hampton Inn employee capable of retrieving surveillance camera footage was on site when the theft was reported to police officers.