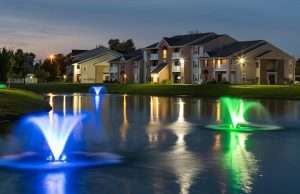 SOUTHGATE — A woman walking through the Maple Village Apartment complex the night of March 26 said she was stalked by a driver in a blue Ford vehicle, prompting her to hide between parked cars, and later, at the model apartment, where she stayed until they drove away.

The woman took a photo of the car using her cell phone, but said she didn’t get a close look at the driver, except to notice that they had small wrists.

She said she hasn’t had any issues with anyone recently, and could think of no one who would want to follow her. She was advised to call police officers immediately if she is followed again.