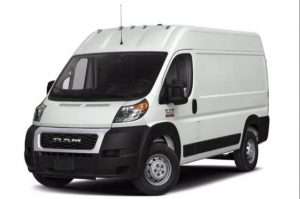 DEARBORN — A woman bicycling around the block with her 6-year-old son at 1:51 a.m. April 11, to tire him out enough to sleep, said she became concerned when they were followed by a newer model white work van near the 24300 block of New York Street.

She said the van stayed behind them for a short while before speeding off toward Telegraph Road.

She said the driver was a man in his 30s or 40s with a light beard.

Police officers checked the area, but were unable to find a vehicle matching the description.