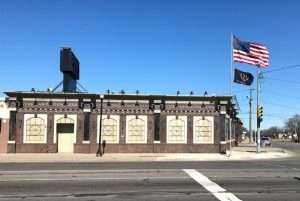 DEARBORN — Police officers were summoned to the Pantheon Club, 12900 Michigan Ave., the evening of April 8, where a man who was removed from the club was angrily kicking the front door.

A manager said the man was told to leave earlier because he was causing a disturbance inside the club. The ejected man, who was intoxicated and agitated, said he was assaulted by four men in the club’s restroom. However, he would not cooperate with police officers to identify his alleged attackers.

The man’s brother and friends then exited the club, and the group left together, in a silver Dodge Charger and a black Dodge Durango.