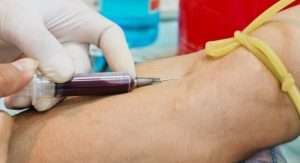 RIVERVIEW — A drunken driver, a 23-year-old Taylor man, caused a crash at 2:26 a.m. April 6 at Sibley Road and Valleyview Street, where he hit a car stopped at a light.

When the drunken driver saw the light turned green, he did not reduce his speed, and unrealistically expected the other driver, a 61-year-old Southgate man, to immediately accelerate.

The man, who smelled of intoxicants, failed numerous standard field sobriety tests. He refused to take a preliminary breath test, so a search warrant was sought for a blood draw, which was performed at Beaumont Hospital in Trenton.

His vehicle was impounded and towed, and he was arrested for operating under the influence of alcohol, and was booked and held.