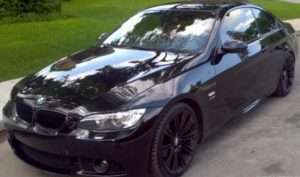 DEARBORN — A Dearborn Heights man was banned from appearing at his former girlfriend’s residence following an April 16 argument, which also resulted in a reckless driving charge when he drove across several lawns to leave the 6800 block of Calhoun Street, which was blocked by parked vehicles and responding police officer vehicles.

In his haste to leave the area, the man also ran a red light.

His vehicle, a 2009 black BMW 328, was impounded and towed, and he was given a courtesy ride to his residence.