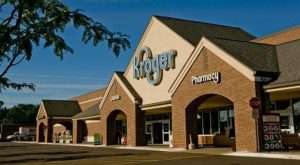 LINCOLN PARK — The gas tanks of three vehicles parked at Kroger, 2060 Dix Avenue, the morning of April 13, were found to be punctured and leaking fuel.

Two of the vehicles belonged to employees, with the owner of the third vehicle, a black BMW, unknown.

A pair of white Jordan shoes were left near one of the vandalized vehicles, and were taken into evidence.

The Kroger manager said they would check store surveillance cameras to see if there was any incriminating footage.