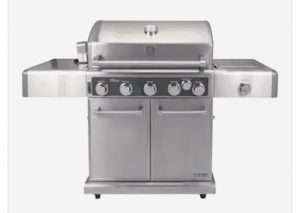 MELVINDALE — A resident in the 17900 block of Hanna Street reported a larceny the night of April 17, and showed the responding police officers the drag marks in his yard where a neighbor had removed his barbecue grill, through a gate and placed it in his own yard.

The neighbor claimed the grill, which was in his yard, was his. However, the complainant was in possession of a tire that came off when the grill was allegedly stolen, and his accused neighbor had propped up the grill with a brick where the wheel was missing.

Neither man could produce a receipt for the grill or other proof of ownership. The drag evidence and the grill were photographed. Before a resolution could be determined, the police officers were diverted to a priority call. The complainant was advised that the case will be turned over to the detective bureau.