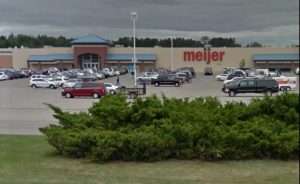 ALLEN PARK — A trio of thieves, two men and a woman from Detroit, were arrested the night of April 18 when they drove away from Meijer, 3565 Fairlane Drive, with more than $1,300 in stolen liquor.

One of the suspects distracted store personnel while the another selected and bagged merchandise, and a third served as the getaway driver.

Crack cocaine and drug paraphernalia were also found in their vehicle, which was impounded and towed.

In addition, the driver had a revoked license, and the vehicle was not properly titled, it had an invalid license plate and was uninsured.

During the traffic stop, the 30-year-old woman who was detained complained of being light-headed and experiencing a possible seizure. Allen Park emergency medical personnel transported her to Beaumont Hospital, Dearborn.

All three offenders were cited and released, sans their vehicle.