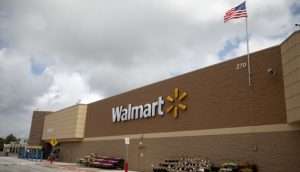 TAYLOR — A 26-year-old Inkster woman went into Walmart, 7555 Telegraph Road, the night of April 15 and placed $40 worth of shoplifted items into her purse before returning to her vehicle in the parking lot to await delivery of an online order.

A loss-prevention employee who was on the floor happened to personally see her shoplifting, and watched from a discrete distance as she left the store with the unpaid merchandise and entered a car.

Police officers were called, who approached the woman, confirmed the theft, cited her for larceny and released her on the scene.