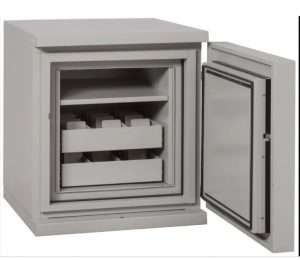 TAYLOR — A 65-year-old Taylor man reported a larceny April 16 at his fenced-in storage yard in the 20300 block of Eureka Road.

He said a locked pole barn was broken into, and a safe he had bought used but had never been able to open was pried open, with its missing contents unknown.

Miscellaneous items stored in the yard had been shifted around, and two enclosed storage trailers were broken into, and a scrap battery stolen.