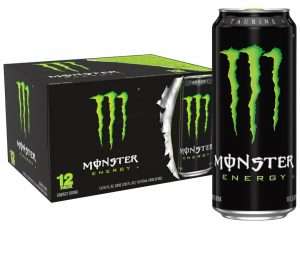 A store employee said the man wandered the store briefly before he approached the counter, grabbed two cases of Monster Energy drink and ran out of the store.

She said she followed him out to the parking lot, but he drove away too quickly for her to take a photo of the vehicle license plate with her smart phone, but she thinks it was an out-of-state plate.

The man was described as Hispanic, 45 to 50 years old, 6 feet 1 inch tall and weighing about 220 pounds. He was wearing gray sweatpants, a blue T-shirt, black sneakers and a black baseball cap. He also had a tattoo on the outside of his upper right arm and a full black and gray beard.

Store surveillance camera footage was copied to a flash drive and provided to the police detective bureau.