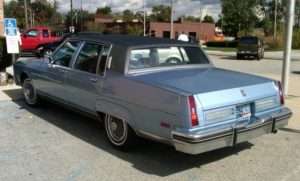 RIVERVIEW — A 58-year-old Southgate woman who said she was down on her luck and living in her car had her vehicle impounded and towed April 20 for driving with a revoked license, after having been warned in the past.

The woman, who was driving an older model Oldmobile Eighty-Eight, had an expired license plate and no insurance.

She said she was working at a coney island and was trying to get back on her feet again. She was allowed to remove her personal possessions from the car before it was towed.