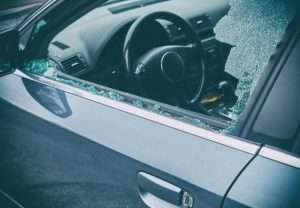 SOUTHGATE — A woman reported April 16 that her car’s driver’s side window was damaged, possibly by a person wielding a baseball bat, in the 15000 block of Drake Street.

She said a friend of her son saw the vandal, thinks he knows who did the damage, and noted that the person was an enemy of her son.

A police officer ran the suspect’s name, and found an address for them. However, when they went to the residence, they were unable to make contact with the suspect.