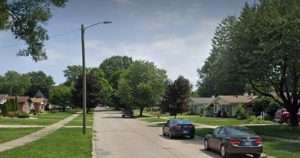 TAYLOR — A 38-year-old Southgate man crashed his vehicle into a utility pole the afternoon of May 1 in the 20900 block of Shannon Avenue while under the influence of drugs.

The driver’s eyes were bloodshot and his pupils were constricted, and he failed standard field sobriety tests.

A marijuana grinder, loose marijuana leaves and Kratom pills, which act like an opioid, were found inside the vehicle.

He was taken to Beaumont Hospital, Taylor, for a blood draw, then was taken to the Taylor police station, where he was held.

A record search indicated that the man had a prior OWI conviction in 2005 for a controlled substance.