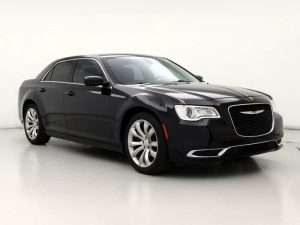 MELVINDALE — An unknown vehicle struck a 2015 black Chrysler 300 the night of April 24 while it was parked in the 17200 block of Hanna Street.

The victim said the damage occurred between midnight and 9 a.m. when someone crashed into the rear of the vehicle.

Police officers did not find any vehicles in the area that were damaged, and there were no nearby surveillance cameras. The man was given a police report number for his insurance company.