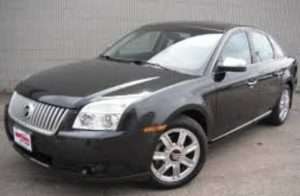 MELVINDALE — A black 2009 Mercury Sable was towed to the city’s impound lot the morning of April 25, four days after it was abandoned at Cherry Optical, 2429 Oakwood Blvd.

The vehicle had an expired temporary plate and a flat tire. The vehicle’s most recent permanent license plate had expired in 2020, and it had no insurance of record. The vehicle owner had traffic warrants in two neighboring cities, and had a suspended driver’s license.