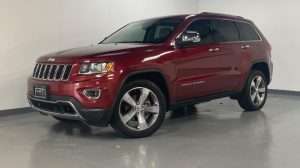 HEIGHTS — A red 2014 Jeep Grand Cherokee, stolen the morning of April 26 from the 6100 block of Highview Street, was recovered a day later, about 80 miles away, in Bowling Green, Ohio, by the Ohio State Patrol.

The vehicle owner, a 21-year-old man, said he was inside his residence eating breakfast when he heard someone start the vehicle, which was parked in his driveway. When he went outside, he saw the vehicle being driven away at a high rate of speed.