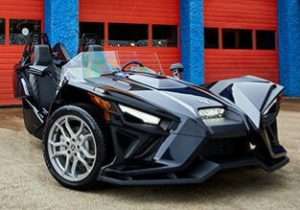 DEARBORN — A young man who borrowed his uncle’s 2021 Polaris Slingshot, an open-air 3-wheeled roadster, was cited for reckless driving when a police officer spotted him doing doughnuts at 12:22 a.m. May 14 on Schaefer Road north of Prospect Street.

People are said to be doing doughnuts when they drive a vehicle in a tight circle while continuing to accelerate, which results in skid marks on the pavement.

The man was cited and told to contact 19th District Court for an appearance date, while his uncle arrived on the scene to take possession of the Slingshot.