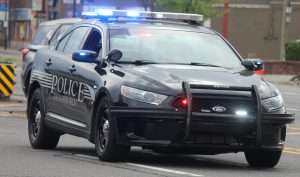 DEARBORN — A 24-year-old Detroit man was cited for reckless driving at 4:36 a.m. May 11 after a police officer saw him run multiple red lights while driving 80 mph in a 35-mph zone in the northeast section of Dearborn.

The man, who was driving a black 2021 Chevy Blazer, said he had just left work and was in a hurry to get home. He admitted to running the red lights, but claimed he “checked and no one was there.”

The man did not have his driver’s license with him. He was advised to contact 19th District Court for an appearance date.