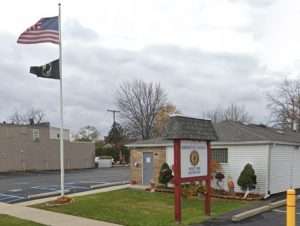 RIVERVIEW — Two men, ages 74 and 76, engaged in a physical altercation the night of May 9 at the American Legion Hall, 17166 Quarry Road.

The fight began in the south parking lot, when one of the men attempted to re-enter the building, and was prevented from doing so by the other man. Shoving ensued, and when police officers arrived, one of the men was bleeding from a head laceration after hitting his head on a parking block curb.

Emergency Medical Technicians arrived, but medical treatment was declined, and the men declined to press charges.

The staff of the American Legion convinced both parties to go home and cool their tempers, with rides offered.

The American Legion personnel offered to forward surveillance camera footage from the parking lot to the police detective bureau.