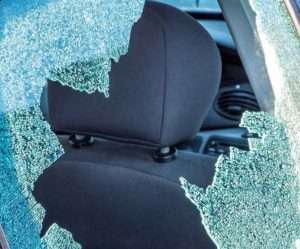 LINCOLN PARK — Two Ford Explorer windows were reported shattered the afternoon of May 16 while the vehicle was parked in the 1300 block of McLain Avenue.

The victim, a 36-year-old man, said the front and rear driver’s side windows were intact at 4 p.m. the day before. He said each window would cost at least $200 to replace.

His surveillance camera did not capture footage of the vandal. There were no suspects.