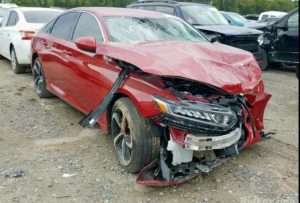 DEARBORN — Police officers were about to conduct a traffic stop for an accelerating reckless driver on westbound Michigan Avenue near the Southfield Freeway the morning of May 20 when the 21-year-old Detroit man changed lanes, hit another vehicle and slid sideways, across all lanes of travel, before coming to rest on the grassy median near Evergreen Road.

The man claimed that his accelerator had gotten stuck, something that he said had occurred previously with his 2019 Honda Accord, which had heavy front-end damage.

He was cited for reckless driving, and for driving with a suspended license. His vehicle was impounded and towed, and he was released at the scene.