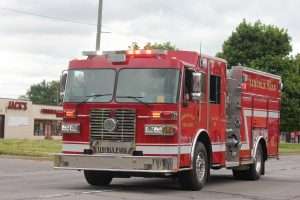 LINCOLN PARK — A recreational vehicle used by carnival workers caught fire and burned the afternoon of May 24 as it was being driven away from Lincoln Park Days, held at the Civic Center, media sources reported.

The driver pulled over about a mile away, on Dix Highway near Champaign Road, where he disconnected his truck from the trailer.

A fire department official said the driver took a risk detaching his truck while the trailer was in flames. There were no injuries. The fire was thought to have originated in a sleeping area.