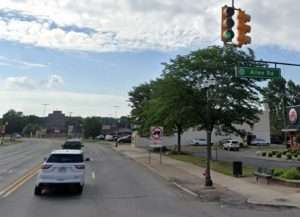 MELVINDALE — An unresponsive man sitting on a bench near Oakwood Boulevard and Allen Road the afternoon of May 16 was found to be cold to the touch and not breathing by a nearby school crossing guard.

The woman said the man, a resident of Coogan Terrace with a medial condition, would often sit on a bench and watch while the school children walked home from school.