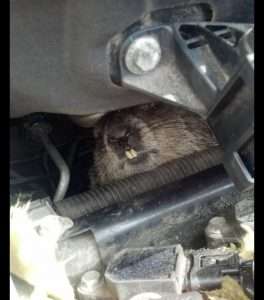 MELVINDALE — A groundhog stuck inside the engine compartment of a Mitsubishi Mirage was safely removed the afternoon of May 16 following more than 90 minutes of sustained effort by police officers.

Part of the heat shield and wiring under the hood of the car, which had been parked in the 19100 block of Roger Street, had been chewed by the wild animal. The vehicle owner was given a report number to submit to their insurance company.